Carl Swanson has made his most valuable contribution to the harp repertoire with his recent transcription of Maurice Ravel’s Ma Mère l’Oye: Cinq pieces enfantines (Mother Goose: Five Children’s Pieces), published by Carl Fischer. Since it was originally written for four hands on one piano, this absolutely gorgeous music has taken several forms: an orchestral score, a children’s ballet, and eventually, a piano solo. But the entire work has never been possible on solo harp until Swanson made it accessible. It’s difficult to choose a favorite among the five pieces as they are all hauntingly beautiful.

The first piece, “Pavane de la Belle au bois dormant” (“Pavane of Sleeping Beauty”), has several pedal movements, but they are mostly the same pedal (F). Harmonics add to the delicate tranquility of the piece. The second piece is “Petit Poucet” (“Little Tom Thumb”) and has frequent pedal changes, all clearly marked. Swanson included several pedal diagrams and frequent reminders (e.g., 3b or 4b) to help the player stay on track.

The third movement, “Laideronnette, Impératrice des pagodes” (“Empress of the Toy Mandarins”), is the longest and more difficult. It is written on a pentatonic scale and the march portions are fast and challenging. There are some special effects including harmonics, playing with the fingernail près de la table, gushing chords, and a gong effect.

The fourth piece, “Les entretiens de la Belle et de la Bête” (Conversations of Beauty and the Beast), is also difficult. It covers the range of the instrument—the lower sounds suggesting the Beast and the higher sounds representing the Beauty. There are tons of tricky pedal changes.

The last movement, “Le jardin féerique” (“The Enchanted Garden”), features lush rolled chords. All of the movements require playing in the upper registers of the harp, and this one requires you to go to the very top string that Swanson instructs you to tune to G-flat. The sweeping glissandos at the end create a dramatic finale.

The preface contains a brief description of each piece as well as some history about this work and Ravel. There is also a glossary of the French musical terms translated into English.

Generally, this music is for advanced players, but intermediate players can play some of the movements. As Swanson states in the foreword, each piece stands alone very well, so you do not have to play the entire suite. If you like French Impressionist music, you’ll love this.

Anna Pasetti has edited 6 Easy Variations on a Swiss Air by Ludwig van Beethoven. In the preface, Pasetti states it is unclear whether Beethoven intended these variations for harp, and there is evidence he did not favor the instrument.

The theme is only two lines. The six variations that follow employ triplets, a syncopated left hand rhythm, a minor key, octaves, scales, and various alterations to the melody line or left hand accompaniment—all great ideas! It also illustrates how music that sounds good on piano does not necessarily sound good on harp with its natural sustain. Yet there are valuable lessons to be learned here.

It’s important to understand what not to do when arranging for the harp, particularly when it comes to chord voicing, and some of these variations are textbook examples. Measure 72 in the sixth variation sounds muddy on harp, as does much of the left hand accompaniment in the fourth variation. Recognize what doesn’t work on our instrument and apply it when creating your own arrangements.

Teachers may find this publication useful as a relatively easy theme with variations, and, by looking beyond the obvious technical merits, may find a goldmine of ideas for expanding improvisational skills.

With St. Patrick’s Day quickly approaching, you may be needing some Irish or Celtic music. If so, you probably shouldn’t be without Hugh A. Callison’s collection of Celtic Folk Songs and/or Folk Hymns. Published by Afghan Press, this book contains 26 tunes for lever harp tuned with at least B-flats.

Callison explains in the introduction that Celtic songs and folk hymns can be one and the same, often using either hymn text or secular text. At the back of the book he includes notes explaining the origin of most of the tunes as well as lyrics for many of them.

His arrangements are simple but appealing, and they are sight-readable for intermediate players. Most of them include short intros. “Bunessan,” “Brother James’ Air,” “O Waly Waly,” and “Slane” have a verse featuring the melody in the left hand. Chord symbols are included in case you want to add your own embellishments. He modulates to a different key on “Ad Hyd y Nos” (“All Through the Night”) and “Bunessan.” Lever changes are noted by either diamond-shaped notes or a little miniature graphic of a staff illustrating the change.

The typesetting is easy to read and there are no page turns. The volume is spiral-bound so it lays flat on the music stand. This gem should be your go-to resource for nice, readily playable arrangements of Celtic tunes. •

Melodies from France, Switzerland, and Ireland arranged for harp.

Arrangements to be thankful for.

Music for focus and fun.

New music for your new year —by Jan Jennings It is often interesting to learn what motivates composers or arrangers to create their work. Such was the case with a new publication for pedal harp from Arrow Heart Press by harpist and author Diane Michaels. Three Romantic Solos are works in the public domain by […]

Solos that everyone will find appealing.

New music to help you get through social distancing. —by Jan Jennings

New books of popular Fauré works and writing for the harp. 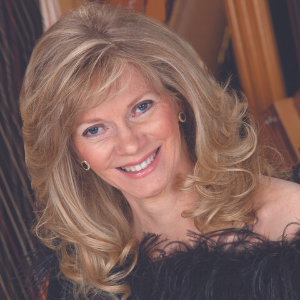 Jan Jennings has been the music review editor for Harp Column since 1993. She is an active freelancer and teacher, and is the author of The Harpist’s Complete Wedding Guidebook and Effortless Glissing. Email her at mail@harpbiz.com.