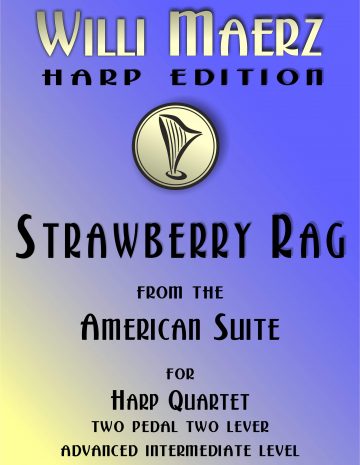 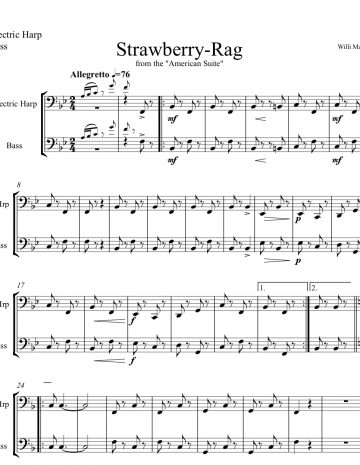 Willi Maerz’s “Strawberry Rag” from the American Suite is for four lever and pedal harps with optional electric harp or bass. (Harps 2 and 4 can be played on lever harp, while Harps 1 and 3 require pedal harp.). Purchase the other three movements separately (“Pineapple Blues,” “Sweet Cherry Waltz,” and “Big Apple Swing“) or the entire American Suite. Scroll down for notes from the composer. Click here to download free practice-along audio files for each part!

Ragtime is a style pioneered by Scott Joplin. And many new Ragtimes composed today still follow in the tradition of this outstanding American composer. This tradition is defined by catchy melodies, clearly structured harmonies, and, often, a surprising and humorous twist. One of Scott Joplin’s central tenets regarding ragtime tempo needs to be mentioned here: never play a ragtime fast!