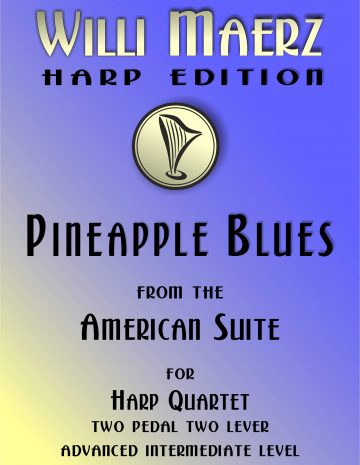 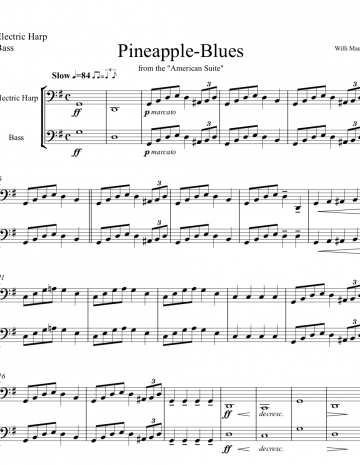 Willi Maerz’s “Pineapple Blues” from the American Suite is for four lever and pedal harps with optional electric harp or bass. (Harps 1A and 2A can be played on lever harp, while Harps 1 and 2 require pedal harp.). Purchase the other three movements separately (“Strawberry Rag,” “Sweet Cherry Waltz,” and “Big Apple Swing“) or the entire American Suite. Scroll down for notes from the composer. Click here to download free practice-along audio files for each part!

Blues as a musical genre encompasses a vast wealth of variety. Certainly one of the most expressive styles of music, it has inspired and inspires many artists to this day. Pedal slides, a feature of the harp, are a perfect way to produce the signature “blue notes“ of Blues music, and they make the harp surprisingly well suited for the genre. This piece also features, among other things, the unique special effect created by strings plucked with the fingernails.