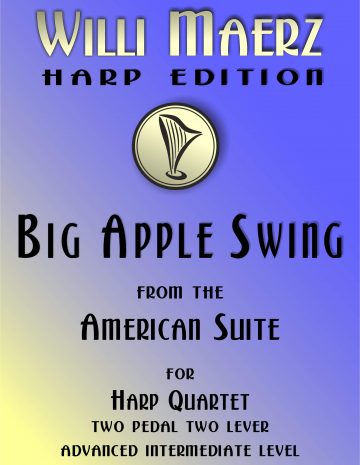 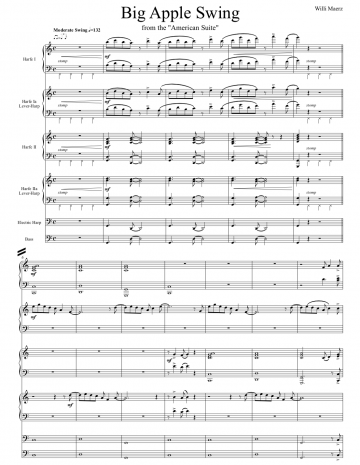 Willi Maerz’s “Big Apple Swing” from the American Suite is for four lever and pedal harps with optional electric harp or bass. (Harps 1A and 2A can be played on lever harp, while Harps 1 and 2 require pedal harp.). Purchase the other three movements separately (“Pineapple Blues,” “Sweet Cherry Waltz,” and “Strawberry Rag“) or the entire American Suite. Scroll down for notes from the composer. Click here to download free practice-along audio files for each part!

More than any other style, Swing represents the USA in music. During its heyday, the “Swing Era” of the 40s and 50s, Swing music was the expression of a lifestyle. The Big Apple Swing makes use of a variety of effects, techniques, and percussive elements, and it takes my American Suite to its spectacular finale.