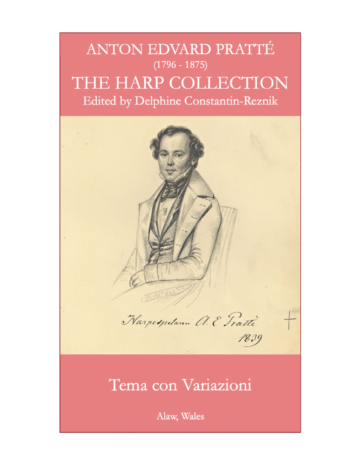 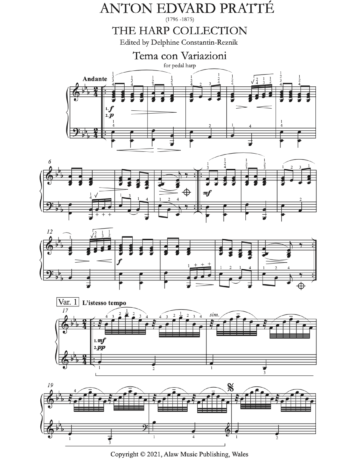 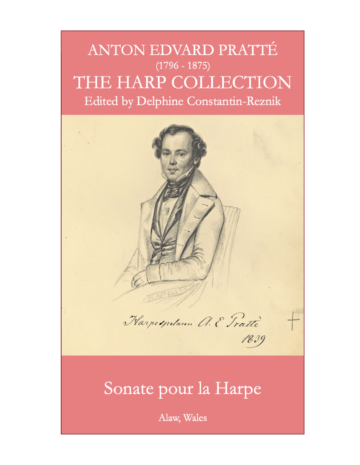 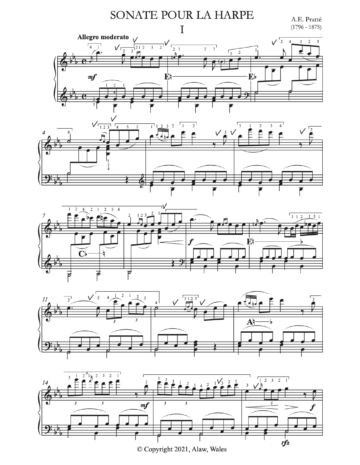 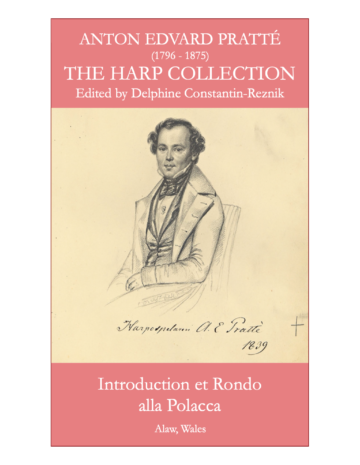 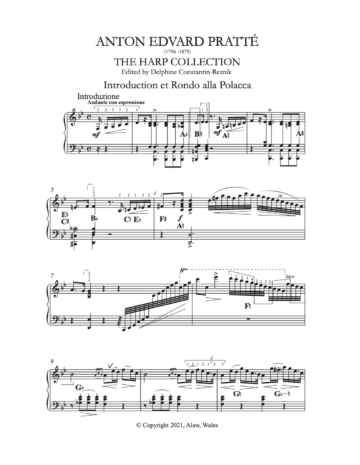 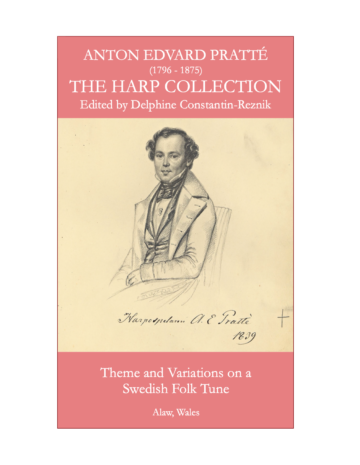 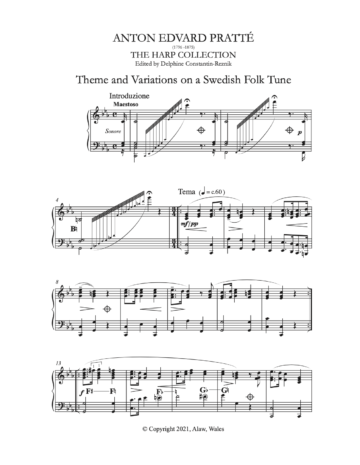 Theme and Variations on a Swedish Folk Tune

How did you discover the music of Anton Edvard Pratté?

It was actually my husband Roman Reznik, conductor and bassoonist, who first found his name!

On a gloomy November day in 2016, we were sitting at home in Norrköping in Eastern Sweden, looking online for Nordic repertoire written for bassoon and harp. After a couple of hours of research on various sites, Roman’s attention was suddenly drawn to the name of Pratté. He read that Pratté was a harpist who lived in Sweden in the 1800s. Interesting!

After hours of searching, we discovered that Anton Edvard Pratté, born in Bohemia, not only was a successful international harp virtuoso (alongside Bochsa and Parish-Alvars), but also a very prolific composer, and not only for harp—bibliographies mentioned symphonic works and pieces with choir, among others.

Most oddly (and that did feel like destiny!) Pratté lived a few decades of his life in Östergötland County in Eastern Sweden and was even buried there. He was also the chief conductor to the ancestor of my very orchestra! (Norrköping Symphony Orchestra was at that time called Norrköpings Musikaliska Sällskapet.)

It also appeared very clearly that none of Pratté’s work had been published during his lifetime. We finally found many of his scores in a museum’s archives, on the other side of the country. Shortly afterward, I took a trip there, only to discover how good this forgotten music was!

What makes Pratté’s music special to you?

I find his music very touching and beautiful. Some of his works remind me of Mozart, Haydn, Boieldieu, or Rossini, others more of Beethoven, Weber, Mendelssohn, or even of the Italian bel canto style and Chopin. The melodies he uses (both original or taken from various folk tunes and operas) stay with you for a long time after hearing them.

Moreover, though virtuosic, his music is physically very comfortable and enjoyable to play. He really knew how to write for our instrument, but not only that: he also had a sense of instrumentation and orchestral colours, making every part interesting to play.

Tell us about Pratté’s life and career.

Anton Edvard Pratté was born as Georg Anton Brát in Haida, Bohemia (now part of the Czech Republic), into a large German-speaking family of marionette/puppet masters. The Brát family puppet theater company was widely well-known and extremely popular, and the childhood of Pratté was more or less an endless tour together with his family all over Northern Europe. Young Pratté was early on noticed by numerous newspapers as “playing wonderfully on his David Harp during the show interludes.”

During a tour in Sweden while still a teenager, he decided to run away from a brutal father and a harsh lifestyle, changed his name to Anton Edvard Pratté and embraced an international solo career, playing mostly his own compositions. He was highly praised as a harp virtuoso in Scandinavia and Continental Europe.

There is still a mystery to unfold about with whom and where he learned to play the harp and compose. Pratté claimed to have received from the Russian Tsar himself the Érard harp that he was carrying around all over Europe on a specially-made carriage.

Amazingly enough, despite the tremendous success he had in most of the European music capitals and the multiple offers for permanent positions in major orchestras including the Royal Swedish Opera, Pratté chose instead to live most of his adult life in the quiet region of Eastern Sweden, traveling between different aristocratic estates where he could stay in exchange for music teaching. In addition to his music mastery, Pratté was also a talented painter and poet.

Despite dramatic vision loss and various other health issues, he seemed to have performed concerts at a very high level until his death in 1875 at the age of 80.

What are some of Pratté’s compositions that you have recently edited for publication?

So far Alaw Music and I have published seven solo harp works.

Three of them are to choose from on the repertoire list of the next Pratté International Harp Competition in January 2022. Those are Souvenir de la Norvège, Theme and Variations on a Swedish Folk Tune and Fantasy on Näckens Polska.

The other published pieces are based on folk tunes (Tema con Variazioni) and operatic themes (Mosaïque Musicale on Weber’s “La Preciosa”). There is also a Sonata in E-Flat Major and an Introduction and Rondo alla Polacca.

Our work is ongoing, as we are planning to publish other pieces, including more solo works and the harp concerto with the piano reduction.

Is there anything else you’d like to tell us?

The Second Pratté International Harp Festival and Competition that I am organizing will take place Jan. 15–20 in Norrköping, Sweden. The festival features concerts, workshops, and of course an international competition for harpists between 15 and 25 years old. I encourage people to apply for the competition by Nov. 14. They get to play a recital for the first round and a concerto with orchestra in the finals! We are providing accommodations at local families’ households. The details about the festival concerts and workshops will be available during the coming weeks.

And another exciting thing: I am so happy to announce that the music of Pratté is now on CD, including his harp concerto! I had the honor to record it for BIS Records, together with my orchestra and the Italian conductor Daniela Musca. Here are the details and the album trailer.