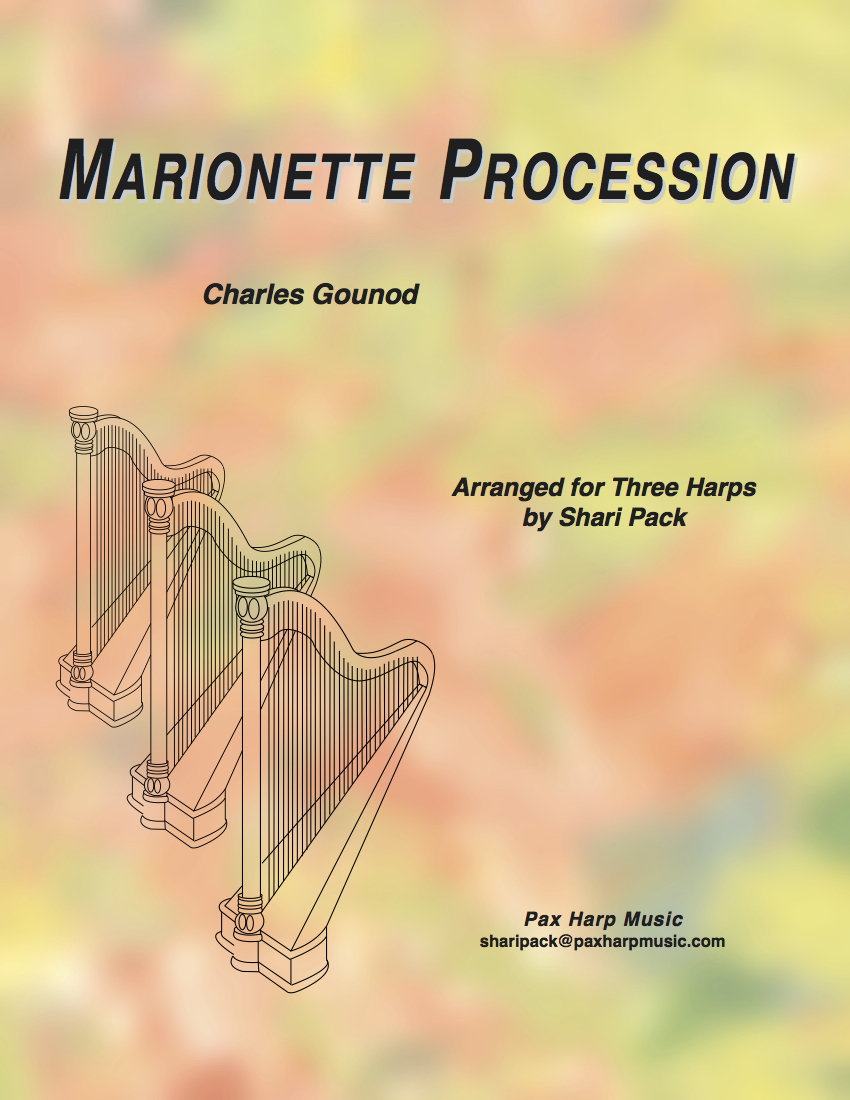 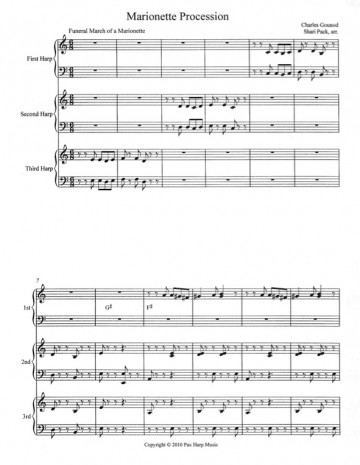 Charles Gounod's “Marionette Procession” is best known as a theme song for the Alfred Hitchcock Presents television series, arranged here for three lever and pedals harps by Shari Pack. Harps 1 and 2 require pedal harps, but Harp 3 can be played on a lever harp because there are no chromatic changes. See below for more notes from the arranger.

Charles Gounod wrote this piece, “Funeral March of a Marionette,” in 1871 while living in England. It was originally intended to be a character piece, a parody on the personality of a music critic. It amused Gounod’s English patron. When Alfred Hitchcock was choosing the music for his television series he remembered the effect that this piece had on him when he heard it in 1927. This piece became part of his television program and was arranged by five arrangers during the 10 years of the program.

Be the first to review “Marionette Procession” Cancel reply