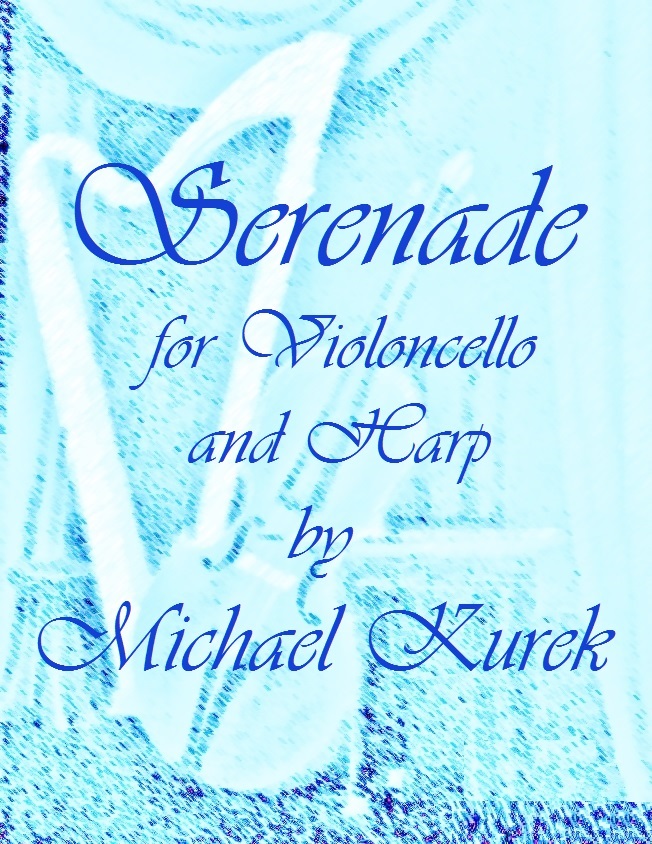 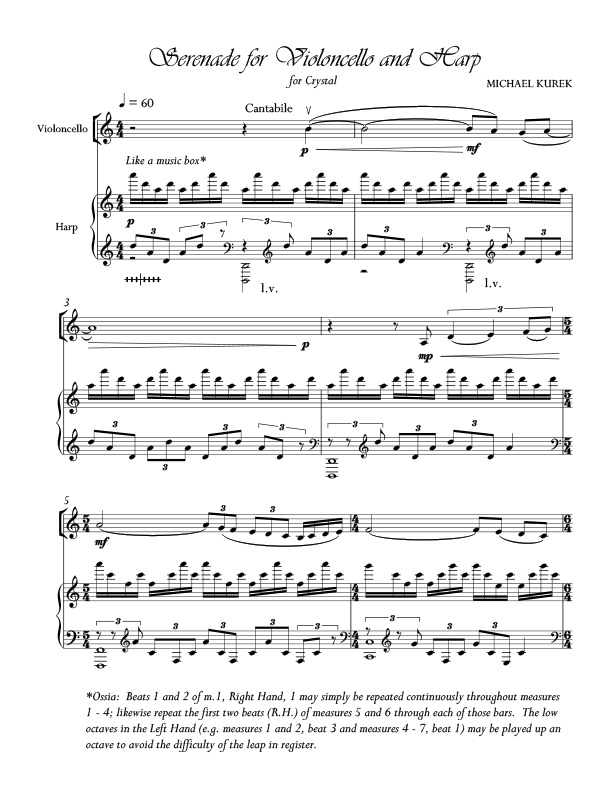 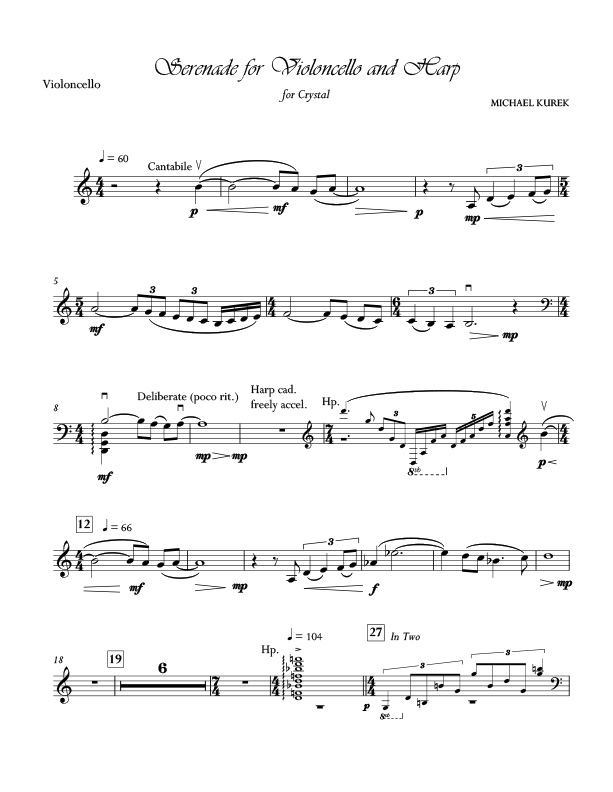 Serenade for Violoncello and Harp

This one-movement “Serenade” is an original work by Michael Kurek for pedal harp and cello. Written in the traditional Romantic style, the piece begins with the introduction of two themes which are then developed and intermingled freely in the manner of a fantasia. Kurek says: “The work is a true collaboration of equals as chamber music, showcasing the harp far more extensively than a mere “accompaniment” for the cello.” (See additional notes from the composer, below.)

This piece is available as a PDF download for $18.00. (Includes complete score and cello part.)

“Serenade for Violoncello and Harp” was composed in the spring of 2013 as a small gift of beauty for my wife, Crystal Kurek. I am grateful to my long-time collaborator, renowned harpist Mario Falcao, for commissioning another new work from me and to the great cellist Ovidiu Marinescu, whose extraordinarily lyrical playing inspired me to keep the cello part focused on the pure line as much as possible. The work was premiered by them on October 28, 2013 at Vanderbilt University and featured in 2014 at both the World Harp Congress in Sydney, Australia and the National Conference of the American Harp Society, in addition to the Soka International Harp Festival (Tokyo), the FEMUSC festival in Brazil, and other important venues.

The work is a true collaboration of equals as chamber music, showcasing the harp far more extensively than a mere “accompaniment” for the cello. Thus, the harp part is at the advanced professional level but could be divided and shared by two harpists, making it a trio for two harps and cello. I am grateful to renowned professional harpists Mario Falcao and Rita Costanzi for editorial comments to improve the harp part, in the course of both of their performances of the work.