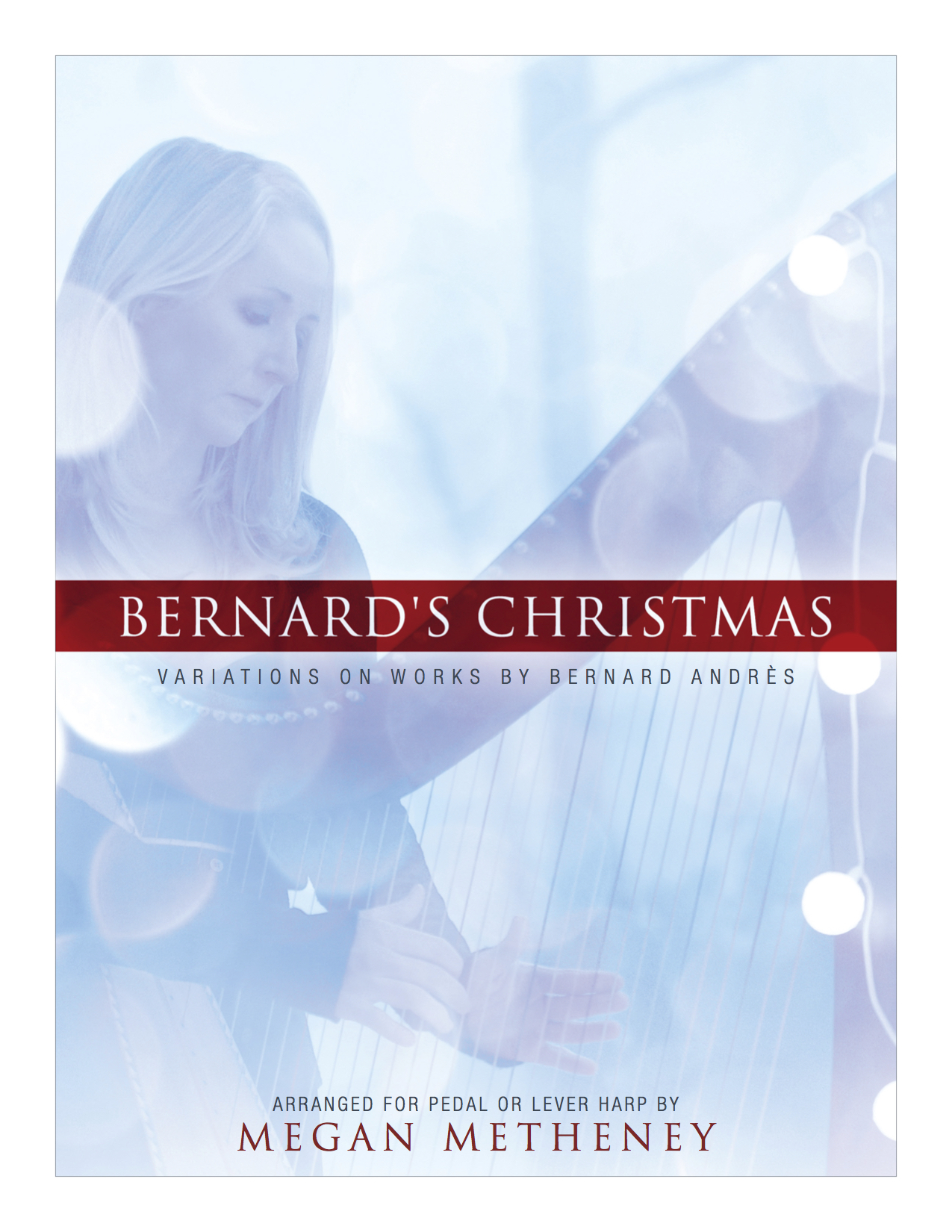 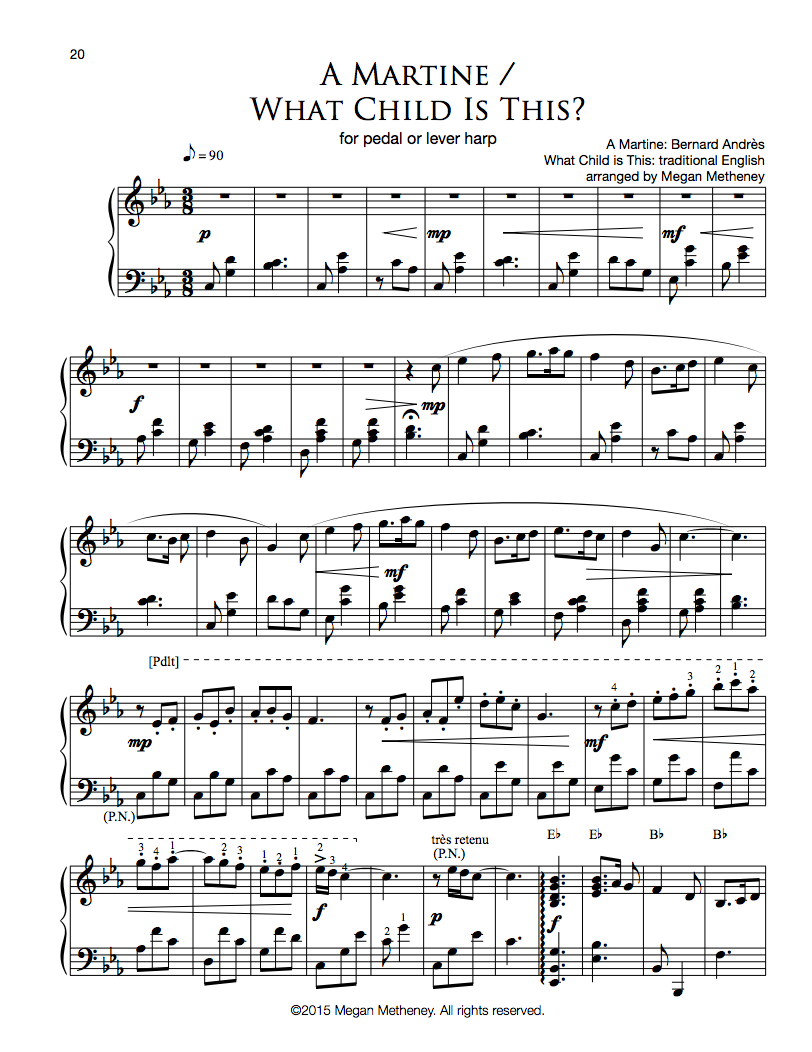 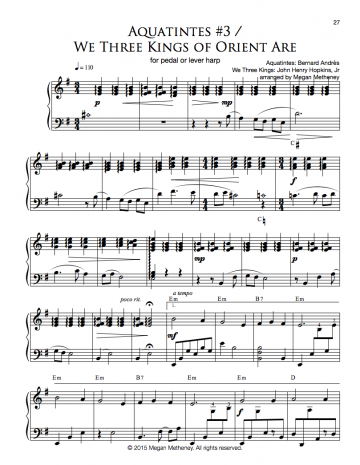 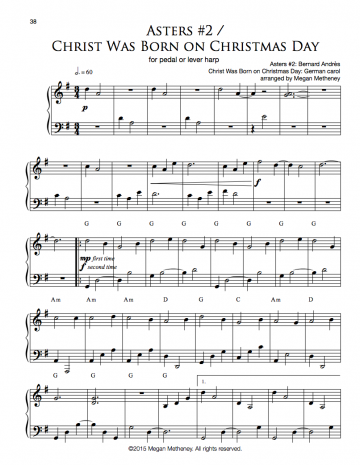 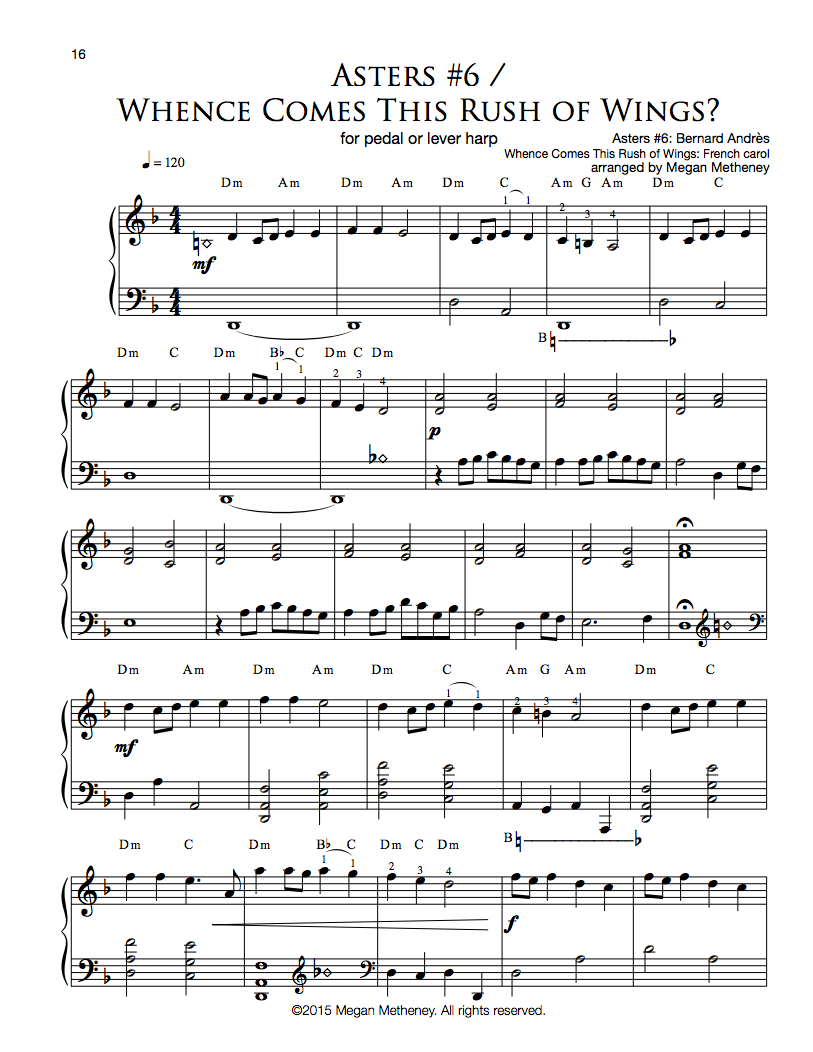 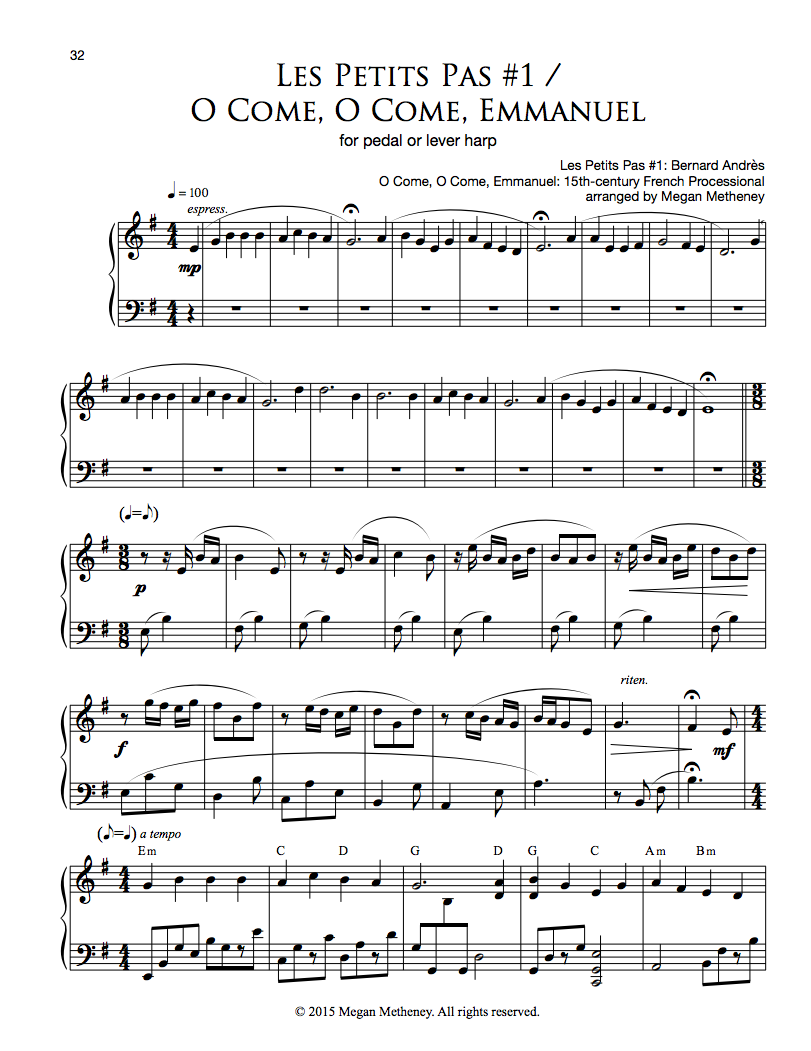 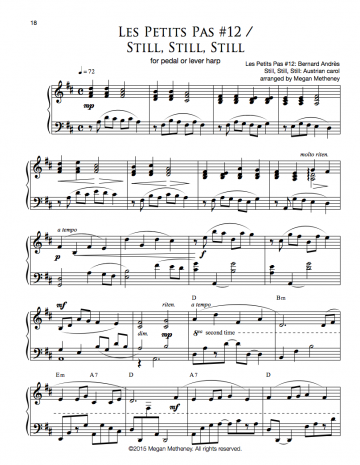 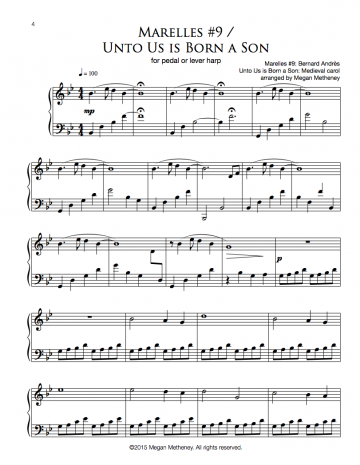 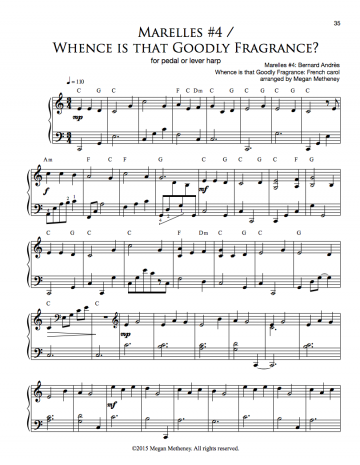 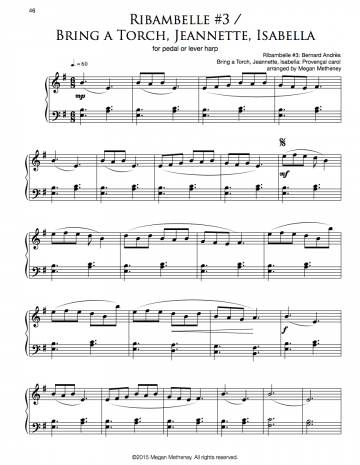 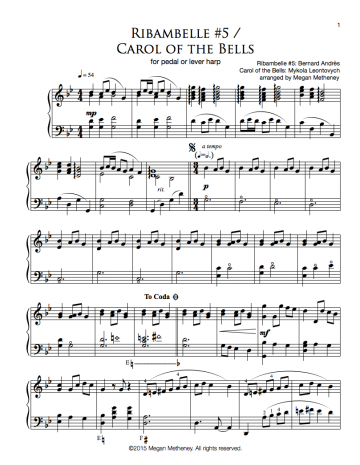 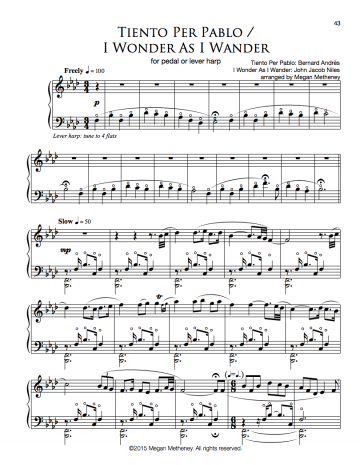 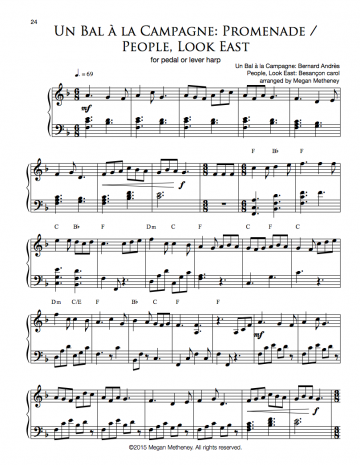 Megan Metheney has published the arrangements featured on her 2014 album Bernard’s Christmas: Variations on Works by Bernard Andrès, in this collection for solo lever or pedal harp. Each pieces uses a selection of music by Bernard Andrès and combines it with a Christmas carol. “Metheney should be thanked for her juicy addition to the Christmas repertoire,” said Alison Young in a Harp Column magazine review of the recording. See below for more notes from the arranger. The arrangements are available as a complete set, or individually. Included are:

Listen to tracks from Bernard’s Christmas:

Notes from the Arranger:

“The idea for this project arose during a holiday season many years ago after I had discovered the hauntingly beautiful music of Mr. Andrès. As Mr. Andrès’ compositions shared the music stand with my holiday repertoire, one thing led to another and these arrangements began. Throughout this project, I have attempted to convey my love for Mr. Andrès’ complex yet simple style and my appreciation for his contributions to the contemporary harp repertoire, both for the beginning and advanced harpist. Some of these arrangements contain a small phrase of an Andres’ composition juxtaposed with a carol; some are set as medleys, while others combine the two parts so that they are played simultaneously. Because most of the tracks were improvised in the recording studio, the arrangement on the page might differ slightly from the recording; nevertheless, I’ve done my best to notate what actually “happened.” I recorded these pieces on a 38-string lever harp, but I’ve included markings for both pedals and levers. Lever changes are indicated in the score with diamond-headed notes while pedal changes are written below the score. I did not add fingerings to Mr. Andrès’ music unless they were indicated in the original publication. Chord symbols were added, when useful, in hopes that you will enjoy experimenting with these pieces as much as I have.”