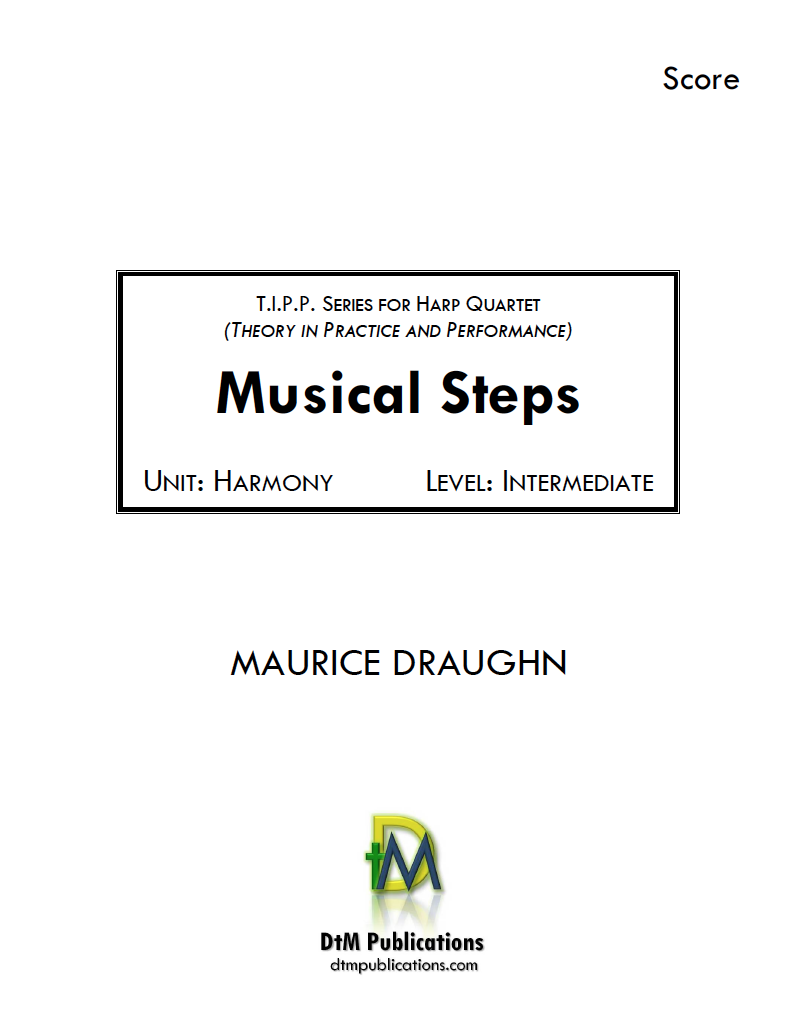 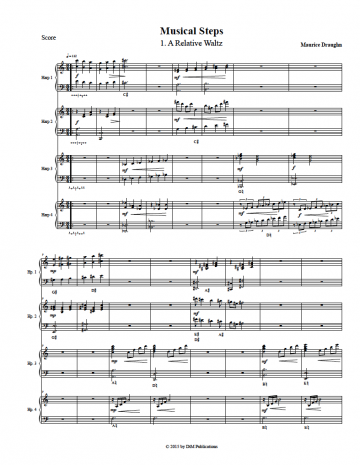 Musical Steps is a set of pieces for 4 pedal harps by Maurice Draughn that explores the various forms of scales and modes created by a set of pitches. The three pieces cover the relation between major and minor keys, the modes found in music, as well as the circle of fifths. A worksheet is included to connect the theory concepts with the music.

“A Relative Waltz” is based on the relation between major and minor keys that share the same key signature. The waltz takes the listener on a whimsically journey of keys through a harmonic interplay of the major keys and their relative minor. “A la Mode” features the harmonic qualities of the seven modes. The piece begins with a procession of scales moving in the shape of a pie overlaid with a flowing accompaniment line. “A la Mode” depicts a constant shift in tonality as it passes between each mode. The piece eventually fades away until it concludes on a cluster of fifths. “Spherical” is atmospheric in nature, capturing the harmonic series of sound through the use of open fifths and harmonics. The piece is set in five in homage to the concept of the circle of fifths. The melodic and accompaniment lines compliment each other as they navigate through each key. An extended version of the opening material leads into a sweeping arpeggio that hovers over a sonorous chord. Musical Steps can be paired with Musical Branches to create the suite below.

Be the first to review “Musical Steps” Cancel reply