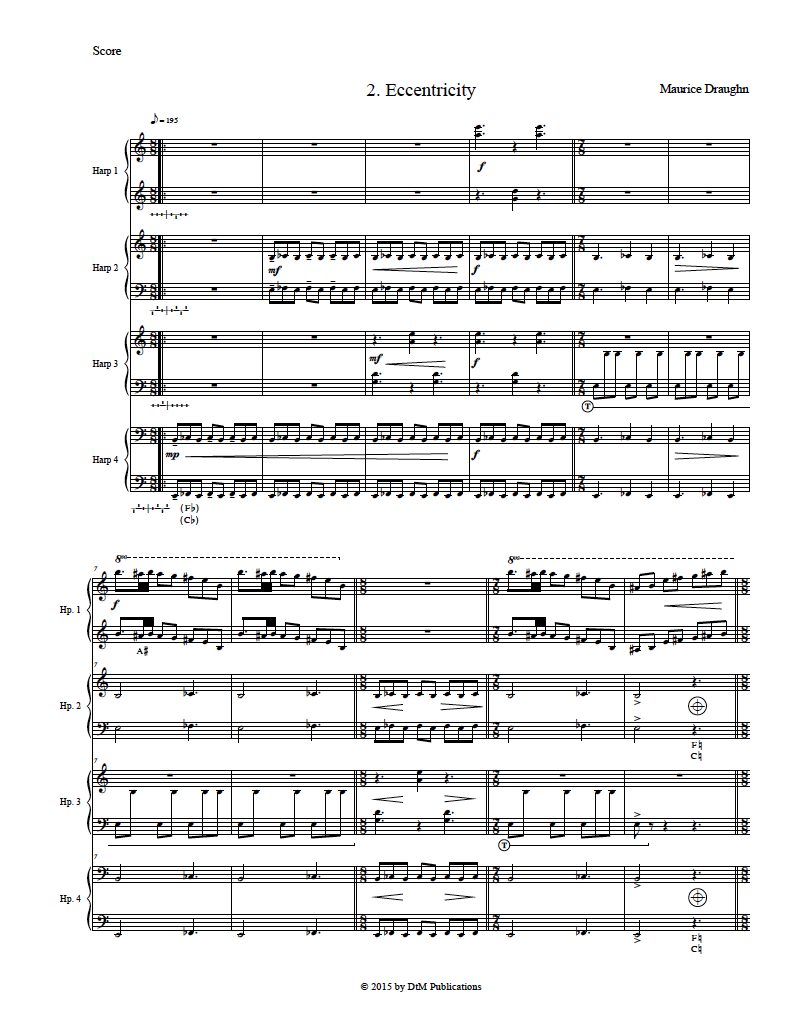 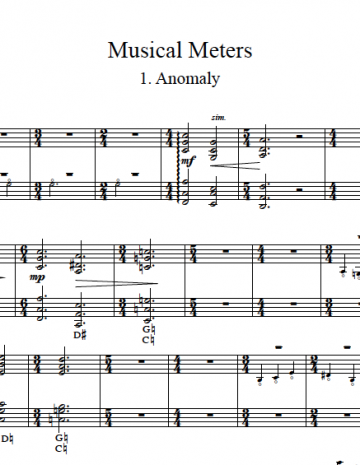 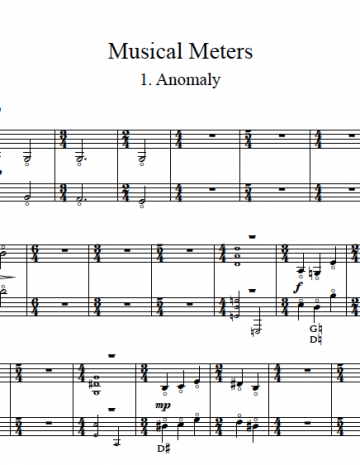 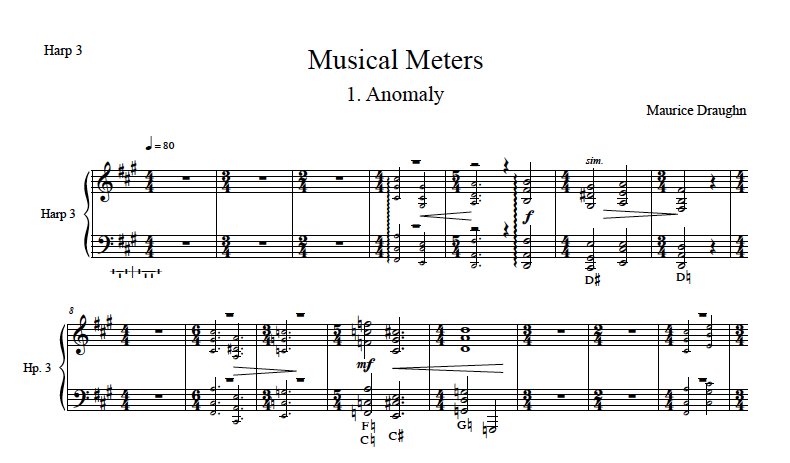 Musical Meters is a set of three pieces for 4 pedal harps by Maurice Draughn based on meters commonly found in modern or contemporary classical music. Each piece has a title that matches the characteristic of each meter in this set. A worksheet is included with this set to provide an overview of each meter. 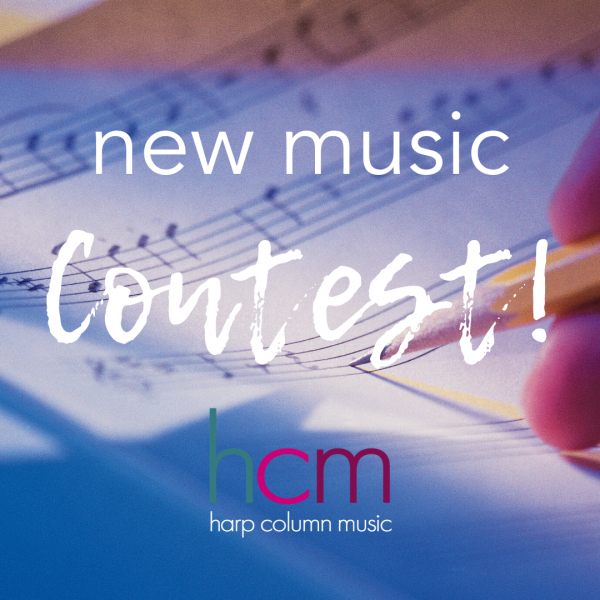 “Anomaly” utilizes mixed meter and a double harp choir effect. The piece begins with a processional of bell tones leading into the chorale. The chorale is performed antiphonally between two harps while the remaining harps interject a short response between each phrase of the chorale. The piece continues with an interlude of ostinatos that provide an ethereal effect over the returning chorale. Eccentricity is derived from the eccentric nature of asymmetric meter. The rhythmic drive of the piece is highlighted through the shifting of groups between meters. “Eccentricity” has a charming melody that is played over an accompanying drone. The piece includes sound effects that enhance the accompaniment figure. “Synchrony” was composed using polymeter and polyrhythmic devices. The piece begins with various melodic patterns played in different meters. The middle section develops into a flashy array of gushing chords and glissandi that eventually taper out into a chorale. The chorale continues to build momentum up to the grand finale. Musical Tones can be paired with Musical Meters to create the suite below.

Be the first to review “Musical Meters” Cancel reply