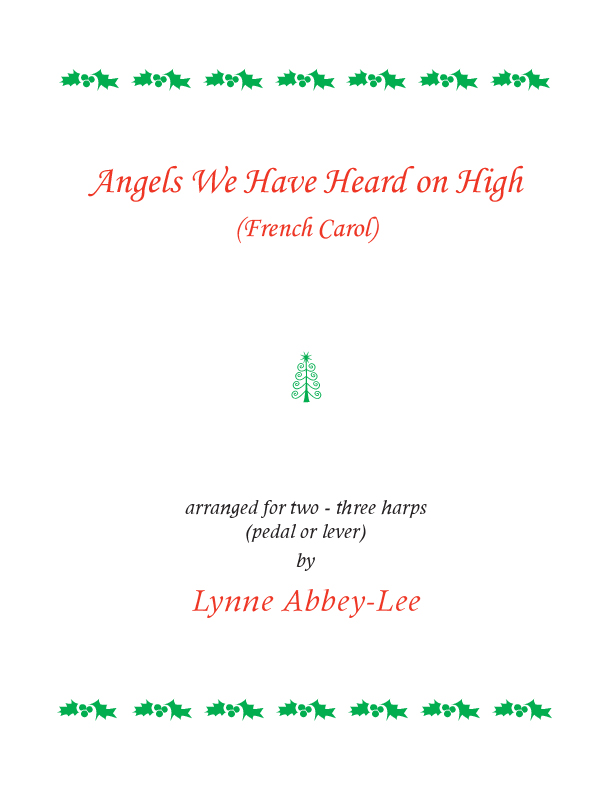 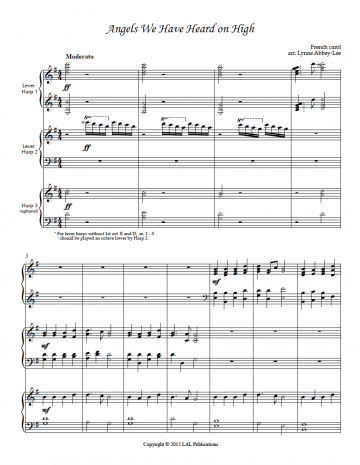 Angels We Have Heard on High

Lynne Abbey-Lee’s lively arrangement of “Angels We Have Heard on High” is for two or three lever or pedal harps. Harps 1 and 2 are intermediate level, while an optional Harp 3 part is for advanced beginners. Purchase the complete lever or pedal set, or mix parts to suit your needs. (Harp 3 is the same for both sets and includes no lever or pedal changes.)

Notes from the arranger:

This arrangement includes three verses of a favorite carol: traditional first verse, a fun second verse to swing on, and a third verse that goes up high and includes some glisses (pedal version) or arpeggios (lever version). The pedal version and the lever version are substantially the same. In the third verse, the pedal version has some glissandos, which are replaced by arpeggios in the lever version. Also, depending on the range of the lever harps, a few measures may need to be played an octave lower (these are clearly marked). The optional Harp 3 part is the same for either version.

1 review for Angels We Have Heard on High