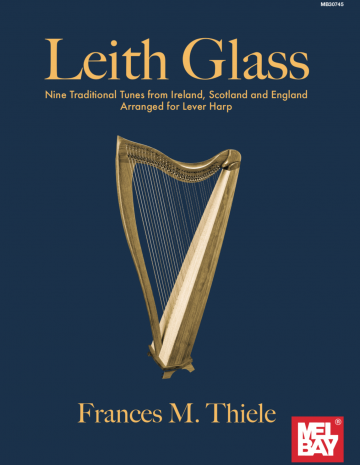 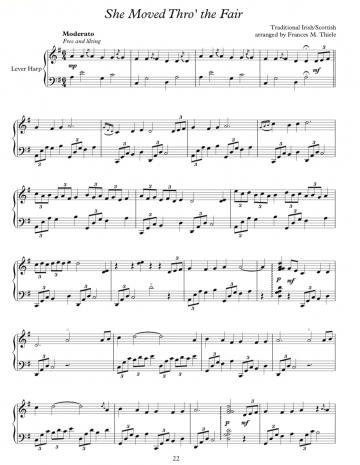 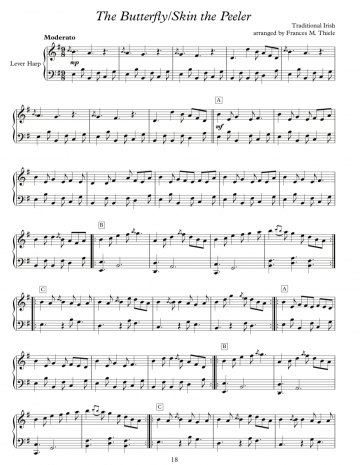 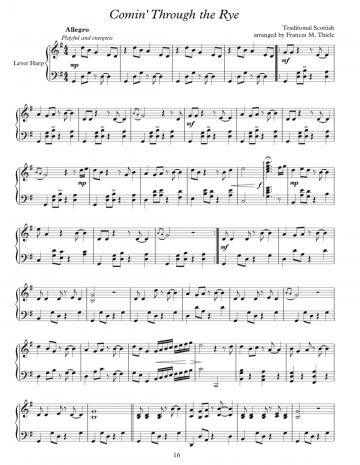 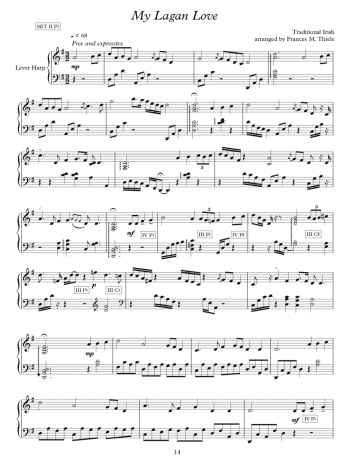 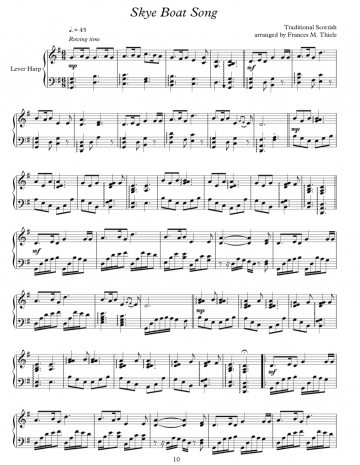 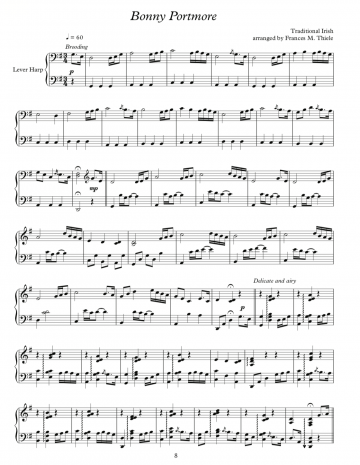 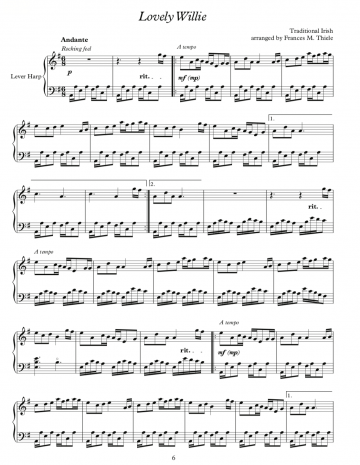 Leith Glass – Nine Traditional Tunes from Ireland, Scotland and England is a collection arranged for lever harp by Frances M. Thiele. Scroll down to read more notes from the arranger. Included are:

At the end of the eighteenth century, Edward Bunting published a major work of Irish music called A General Collection of the Ancient Music of Ireland (1797). He followed this publication with two more collections in 1809 and 1840. Many of the tunes in these books came from the harpers he heard performing at the Belfast Harp Festival in 1792. In the first part of his 1840 collection, Bunting described the “natural key” of the harp used by the Irish harpers as leith glass or leithghlas. The Irish harpers tuned their instrument in this key, which we would recognize as G major because it had an F sharp. Frances Thiele’s Leith Glass explores the musical possibilities and sounds achievable with a single tuning on the lever harp. The collection includes nine traditional tunes from Ireland, Scotland and England that together give a sense of the many musical colors that can be produced from the leith glass tuning if we think modally like the harpers of old.

Suitable for intermediate lever harp players, the arrangements are all playable on a 34-string lever harp with sharping levers on F and C (C# is only required for one of the pieces with accidentals – “My Lagan Love”). The lowest note used is C, two octaves below middle C.