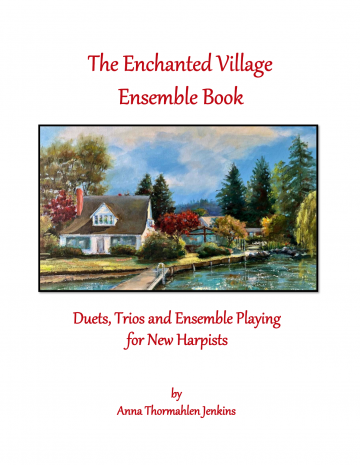 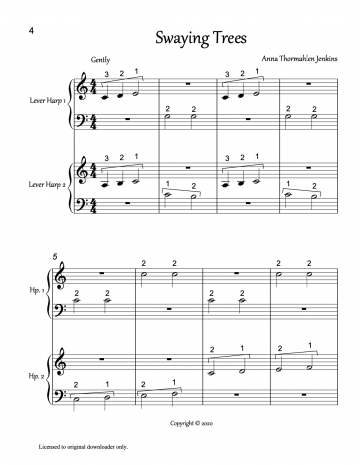 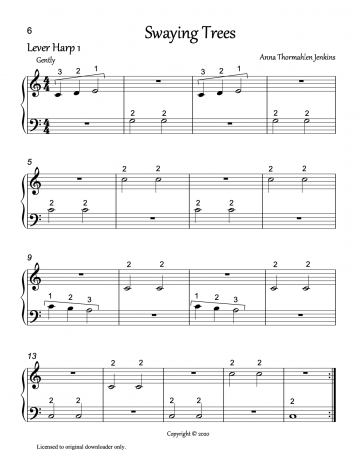 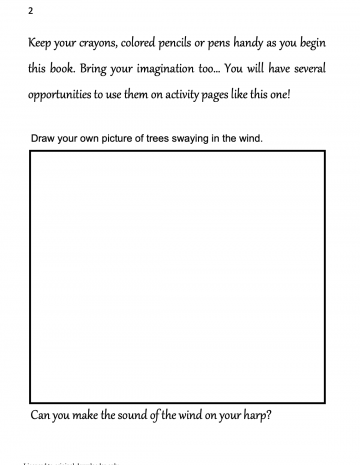 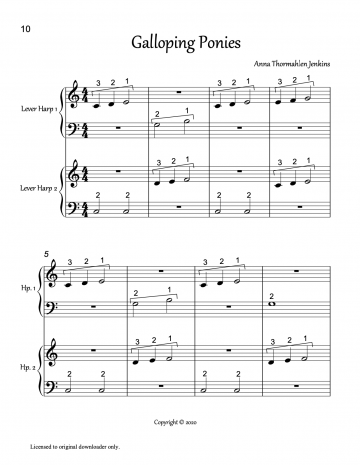 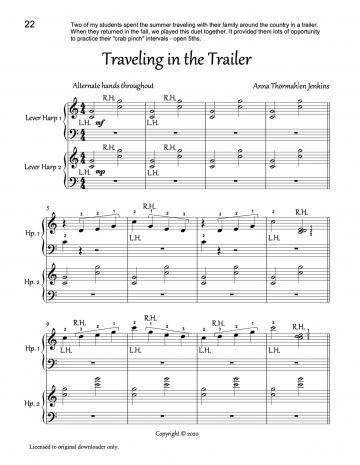 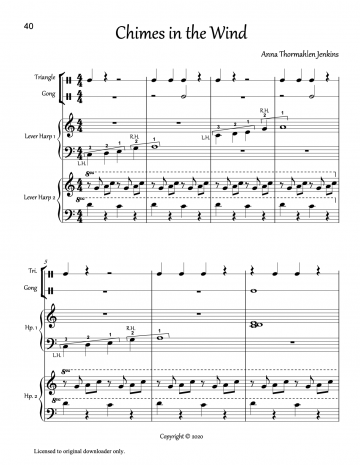 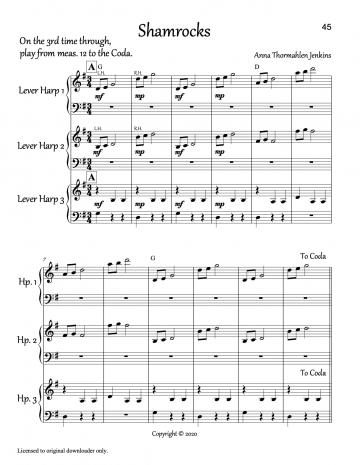 The Enchanted Village is a collection of eight original pieces by Anna Thormahlen Jenkins for two or three lever harps (one piece includes optional percussion). Perfect for students who have only taken a few lessons, this book includes scores, parts, fun questions to encourage students’ imaginations, and blank spaces for drawing pictures related to the pieces! Scroll down for contents and notes from the composer.

For eleven years I taught harp lessons out of my home studio in what we called the “Enchanted Village.” My early 1950s-era house was built by my father, and I lived in it my entire childhood. My grandparents had lived next door in a white house they built during the Depression from old highway bricks. Our village was on the shores of Lake Washington in the Pacific NW region of the USA. Next to the two houses were a detached garage, an old shed, a Shasta travel trailer, a field with fruit trees, a vegetable garden, and at various times – often overlapping – dogs, rabbits, a monkey, beehives, and one sheep named Lambert. In my early 20s, I left to live my life in various places, and when my own nest was empty, I had the opportunity to live there again, next door to my mother, during her last season of life. To get to my studio in our daylight basement, students came down a driveway off a busy road, passed through my colorful Brian Boru gate and crossed a garden of shamrocks, cyclamen and plants native to Ireland and Scotland. By the time they reached the studio’s door, they were in a world of tinkling wind chimes, tweeting birds, a bubbling fountain, and the sounds of the lake just steps away. While my harp students worked on scales and chords, I also taught them how to play different patterns. As they mastered these, we held “harp conversations” where one of us would play a pattern while the other improvised a tune. Then we would trade parts. At a certain point we added rhythm instruments, and at group lessons, we mixed it all up! Several students became composers and arrangers and created wonderful compositions of their own. This book, inspired by the Enchanted Village harp students, holds some of the tunes we played together. Try them with your friends, students, or harp circle. Then make up some of your own!
~ Anna Thormahlen Jenkins

Be the first to review “The Enchanted Village” Cancel reply