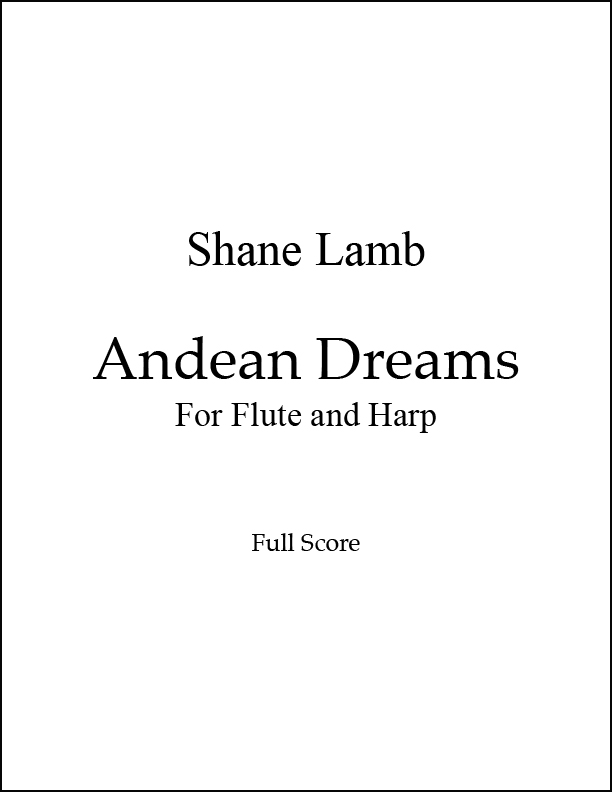 Shane Lamb’s Andean Dreams is a lively piece for pedal harp and flute inspired by music from South America. The harp part is more advanced, while the flute part could be played by an advanced student, or easily sightread by a professional.

This PDF download is available as a Complete Set for $15.00.
(Includes score, harp part, and flute part.)

Notes from the composer:

Andean Dreams was commissioned by the Kimoni Duo, whose flutist Kim Scott was a former music teacher of mine when I attended the Alabama School of Fine Arts. The flute and harp duo traveled to South America to give a series of concerts, and wanted the commissioned piece to be influenced by South American traditional music. I started listening to folk music from various South American countries including Brazil, Argentina, Peru, and Chile. The folk music of Chile especially appealed to me, with lots of interesting rhythms, and guitar textures that would transfer well to harp.

Be the first to review “Andean Dreams” Cancel reply