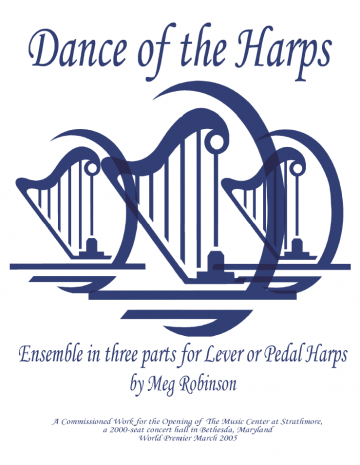 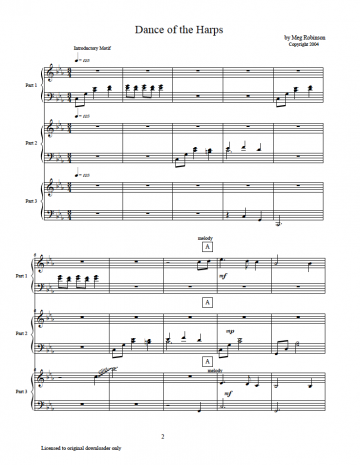 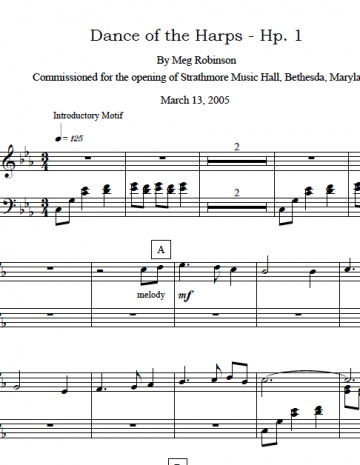 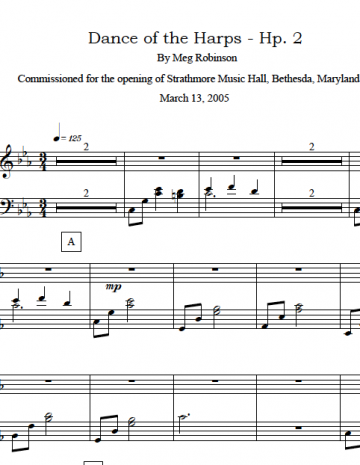 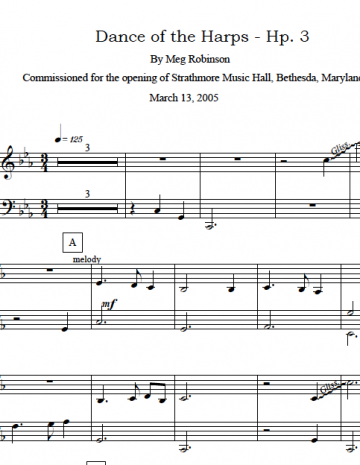 Dance of the Harps

Meg Robinson’s “Dance of the Harps” is an original composition for three lever or pedal harps. Upbeat and energetic, it would make a great concert opener or finale. Scroll down for more details.

This piece is a PDF download for $17.00
(Sold as a single PDF; parts not available separately)

This hauntingly beautiful three-part harp ensemble was commissioned for the opening of a new 2000-seat concert facility, Strathmore Music Hall, in Bethesda, Maryland. Dance of the Harps is presented with an underlying 3/4 accompaniment of swaying rhythm. The melody is shared between the first and second parts, while the third part provides underlying rhythm. The melody develops and expands and is followed by a sharply contrasting middle section, which is much faster and jig-like. In this section, the harps let loose in their dance, which has become spirited and playful. Following this faster middle section, the ensemble returns to the original melody, but with greater intensity and rhythmic vitality. As the piece comes to its dramatic conclusion, layer upon layer of rich harmonies unfold and become increasingly intense, culminating in a bell-like explosion of syncopated celebratory sound. The piece can be played by an ensemble of early to upper intermediate lever or pedal harpists, as each of the three parts is written with a different degree of technical difficulty.

Be the first to review “Dance of the Harps” Cancel reply