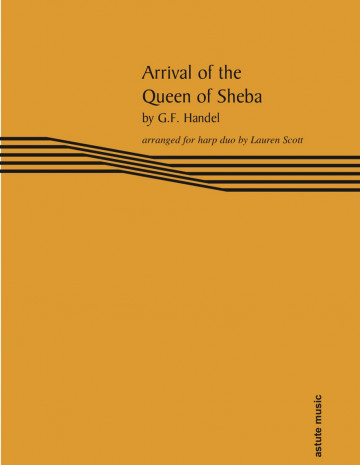 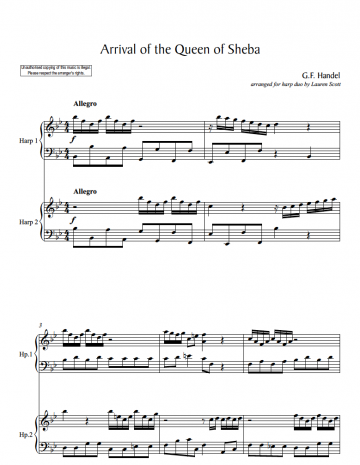 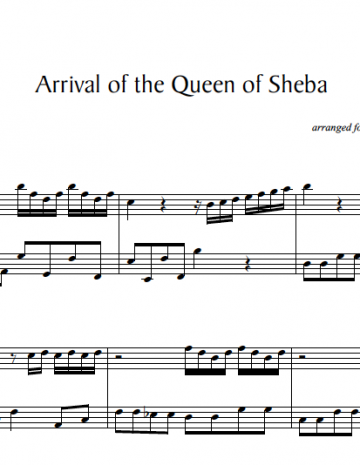 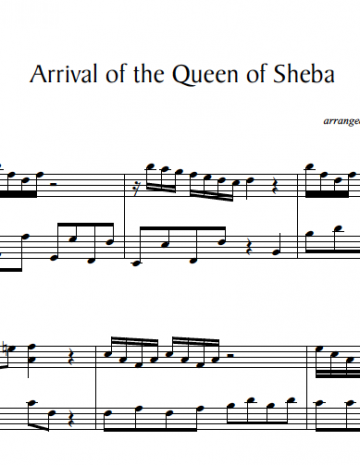 Arrival of the Queen of Sheba

Lauren Scott has arranged this famous interlude from Handel’s oratorio Solomon for two pedal harps. The joyful and spirited classic, with equally divided parts, is a great program opener. (Scroll down for more.)

Note: this piece is formatted for A4 paper size. Use the settings in your printer dialog box to get the best fit for your paper size.

The melody is split between the two parts. This means it will be easier to play at a livelier tempo than is normally comfortable when the piece is played as a solo. Both harpists need to be aware of the long melodic line so as to create a ‘stereophonic’ effect between the two harps. Suggested dynamics have been added to this arrangement, but the addition of more dynamics and different tonal colors, such as PDLT, will enhance the performance. The challenge with this arrangement is to maintain its brisk tempi, and to carefully tailor the dynamics so that they dovetail between the two harps. This way the two players sound like one!