Three new harp albums caught our eye this month. A Danish mother-daughter duo, a contemporary Irish harp duo, and a specialist in the field of jazz harp have all recently recorded music worth a closer listen. 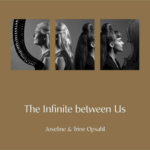 The Infinite Between Us

Mother-daughter duo Josephine and Trine Opsahl released their album, The Infinite Between Us in January. Trine, a harpist and composer, works as a harp therapist in the hospice setting in Denmark and is dedicated to creating peaceful music. She has received a Global Music Award and a Roundglass Music Award for her compositions. Her daughter Josephine, is a cellist. Labeled as music “made for immersion, relaxation, and meditation,” the album features 12 tracks written by Trine. This is the duo’s third album. For more information on the album, including ordering information and a sneak preview of the music, visit Trine’s website. 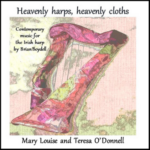 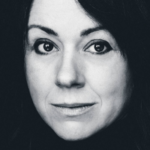 Amanda Whiting’s album, After Dark was released April 10 through Jazzman Records. As the title suggests, the album is smooth in nature, taking “cues from Dorothy Ashby and Alice Coltrane at their most delicate.” Whiting is joined on this album by drummer John Reynolds and bassist Aidan Thorne. Saxophonist and flutist Chip Wickham is also featured on three of the 12 tracks. Whiting was one of the first people in the United Kingdom to receive a master’s degree in Jazz Harp. She currently teaches at the Royal Welsh College of Music and Drama and the Royal Birmingham Conservatoire. Whiting also teaches beginning jazz and improvisation on Harp Column Academy. Check out her latest release on Bandcamp.