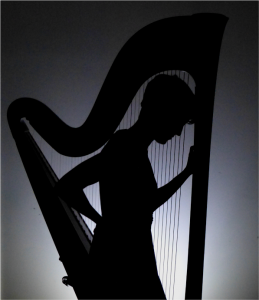 Elizabeth Morgan-Ellis conceived the Sequenza project as a way to excite the audience about new music.

I’ve always been a fan of contemporary music. Crazy, I know, but it’s true. There’s something about the innovation, the new ideas about what music could become, and the incredible variety found in new music that has appealed to me ever since I began my musical training. But this is not true for everyone. If you ask the general public, they’ll tell you that they’d much prefer to hear a Beethoven Symphony they’ve heard a thousand time than something from the last 30 years. Why is it that shying away from the contemporary is a music-only phenomenon? Most people will tolerate contemporary art, and most theater goers prefer to see new plays. Strange sculptures line the streets of my home in Philadelphia, and people go in herds to see the Philadelphia Art Museum’s Paul Klee exhibit while fleeing from the Philadelphia Orchestra’s Berg concert. When I entered the business of producing shows, my main goal was to figure out why people aren’t connecting with new music and I came up with a few ideas: most people are visual learners and can appreciate visual art forms more readily, people feel trapped by new music concerts because they can’t just walk away from something they don’t like (which they can do in an art museum or with a book), and people don’t have the same constant exposure to new music because it’s not all over TV, street corners, and magazines like visual contemporary art. Finally, those who have done significant research on music typically know more about composers of the past. Understanding the significance of a piece before hearing it makes it a much more enjoyable experience, but it is less likely someone will know much about a piece that was just composed a few years ago. Berio’s trombone Sequenza is based on Grock the clown.

The next step is to use these observations to create a performance that can successfully ease people into hearing some great contemporary music on their own terms. But first things first: pick the music. One of the most revered sets of pieces of the 20th century is Luciano Berio’s Sequenza series. These 14 pieces for 14 different solo instruments (including harp) are fun, inventive, and a major influence on the face of music today. And yet, most musical audiences would never give them a chance. So now I’m faced with designing a performance that addresses the issues I’ve identified, and allows audiences to appreciate the backgrounds and influences of these piece while listening. What I’ve done is split these fourteen pieces into groups of two or three and assigned them a room in a sizable church (cello and flute together, harp and voice in another room, etc.). Each of these rooms is designed with a large interactive set that describes the pieces visually and allows the listener to immerse themselves with all their senses. Let me explain: Berio’s Sequenza for Trombone is based on a clown named Grock whom Berio knew personally. Berio, in his youth, used to sneak into Grock’s garden and steal oranges from his tree. In this piece, Berio reflects on the theatrics of a clown (there are stage directions for the trombonist to dance and move around the stage comically), but also the introspection of the theater and the anger Grock had about his missing oranges. In the room with the trombone performance, therefore, we will have oranges scattered all over for the audience to eat, a large video of Grock performing so visitors can understand the connection, and comical signs and decorations like you would see at the circus. The audience will be seated in small children’s chairs to add to the absurdity of the whole picture. If people really enjoy this performance, and wish to stay in that room for a while longer, the audio of Grock’s clown show will be turned on after the trombone performs so they can hear what it’s all about. If any audience members do not enjoy this performance and wish to not see it, they can leave at any time to see another somewhere else in the building, making the experience comfortable and easy for all who want to explore it. You can watch a video explaining this concert further and learn how you can support it here: https://www.indiegogo.com/projects/14-sequenzas/x/1709426. These pieces are fascinating, so I felt I should include a bit of information about them as well. When it comes to contemporary harp music, we typically attribute the invention of the beeps, squeaks, and bumps to Carlos Salzedo. Luciano Berio, however, had a lot to contribute the the harp repertoire as well. He began his series of Sequenzas in 1958 and completed the 14th of the series in 2002, just one year before his death. As harpists, we would probably assume that he got to the harp later in his career. Most composers are so put off by the pedals, they stay away for quite some time. Berio, never one to be intimidated, chose the harp for his second Sequenza, the flute Sequenza being his first. Within this work, he wanted to explore what sounds the harp could make at the hands of a talented and virtuosic musician. He stated in an interview, “French impressionism has left us with a rather limited version of the harp, as if its most obvious characteristic were that of lending itself to the attention of loosely robed girls with long blond tresses, capable of drawing from it nothing more than seductive glissandi.” To steer away from this stereotype, he uses Bartok Pizzes (quickly plucking the string at its base, forcing the finger to strike the soundboard immediately after the string is released), and unusual pinching plucks, as well as some of Salzedo’s favorites: whistle effects, xylophonic sounds, harmonics, aeolian chords, fingernails used in all ways, PDLT, soundboard knocks, and countless other theatrics that leave the harpist dizzy. Looking at the score to Sequenza II is like waking up to find yourself in an alien jungle. This piece impossible to decipher or traverse without a detailed roadmap (which he includes inside the cover of the music). As you can imagine, this only adds yet another layer of impossibility to the performance of this piece.

I’m not trying to say it’s not worth the effort however. I’m sure most of you have heard of this piece, if not worked on it. The reason for its popularity and renown is because of its brilliant structure and exceptionally intuitive use of the instrument’s abilities. It begins with two lines, each repeating the same note (gb and f# alternating). One line decrescendoes down from ff and one crescendoes up from ppp. Berio demonstrates right from the start an understanding of not only the harps wonderfully complex dynamic range, but also the necessity of using enharmonics for repeated notes, showing a depth of understanding of the instrument that is very unusual for non-harpists. The piece then moves from these single melodic lines, to complex counterpoint. Gaining speed the whole way, it becomes a mass of chordal, percussive, and increasingly violent masses of sound. He indeed has broken the harp from its impressionistic ways. He begins with an understanding and use of the resonance of the harp, but ends with a direct violation of it, insisting that all chords be immediately muffled, leaving on a select few notes ringing and hovering over the audience’s head. While most wouldn’t play a recording of this piece for their dinner party, none can argue it has not made a great impact to our community and the perception of the harp.

Berio wasn’t just a master writer when it came to the harp, however. His other 13 Sequenzas are equally innovative, challenging, and work with the unique characteristics of all the instruments featured. He explored how to make a single flute sound like multiple instruments simultaneously, how to make the cello evoke kandyan drumming of Sri Lanka, and how to make the viola an almost threatening whirlwind of chordal sound. I recommend checking all of these works out on YouTube, or, for those of you in or around Philadelphia, at my concert on September 18th, 19th and 20th. Tickets are available through FringeArts here: http://www.fringearts.com/event/14-sequenzas-3/

Elizabeth Huston (née Morgan-Ellis) is the founder of A Change of Harp, a Philadelphia based organization dedicated to expanding the harp's repertoire and establishing it as a contemporary instrument. She has dedicated the majority of her career to performing works by living composers and commissioning new and innovative pieces for the harp. Her organization also explores new ways of presenting music, and produces shows that have immersive, mobile, site-specific, multimedia, and other buzzword-worthy elements. Elizabeth attended Western Washington University and Temple University. She has studied with Elizabeth Hainen, Heidi Lehwalder, Jill Whitman, and Judy Loman. She currently teaches for the Play on, Philly program, and after school program that offers group harp lessons to inner city youth.