By Alison Reese on November 1, 2019 0 Comments
Catching up with Xavier de Maistre (photo by Felix Broede)

Back in 1998, French harpist Xavier de Maistre had a year harp dreams are made of. But de Maistre’s harp dream turned out to be different than the norm. Today he’s living out the solo career no one thought possible. 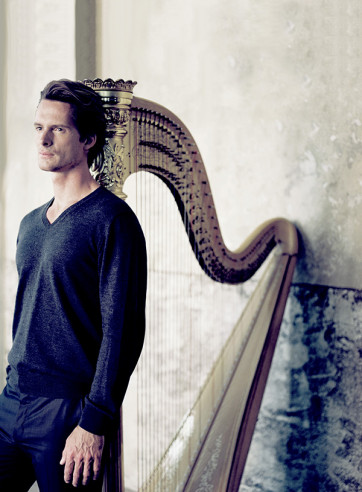 “When I won the job with Vienna, I was almost depressed…I knew I wouldn’t be happy; even though this was, for me, the top orchestra; it’s where I wanted to be.” —Xavier de Maistre (photo by Felix Broede) “…what is most important is not the mistakes you’re going to make…but the emotions you create.” —Xavier de Maistre (photo by Jean-Bapsiste Millot)

To say 1998 was a good year for Xavier de Maistre is an understatement. De Maistre’s 1998 would constitute a great career for most harpists. When we interviewed de Maistre for our September/October 1998 issue of Harp Column, the 25-year-old had just won the USA International Harp Competition (IHC) in Bloomington. Later that fall, de Maistre won the principal harp position with the Vienna Philharmonic Orchestra. Two crowning achievements for any harpist’s career, both accomplished in the span of just six months.

Performing then and now

A lot has changed in the last 20 years. From publishing to performing, the harp world looks markedly different than it did two decades ago. As we approach 2020, we’re checking back in with artists we featured on our cover prior to 2000 to find out how their corner of the harp world has changed—and stayed the same—since we first talked to them 20-plus years ago. You can read our first interview with Xavier de Maistre in the Sept./Oct. 1998 issue of Harp Column. At this point in the story, de Maistre could have kicked back and just mailed it in. He had a major international competition title under his belt and a dream job with one of the world’s best orchestras. Put the cruise control on and enjoy the ride, right? Of course not, we all know musicians aren’t satisfied with auto-pilot. No one works their entire life to win and orchestra job so they can punch a time clock for the rest of their lives. So it’s no surprise that de Maistre dove head first into his new position with Vienna. In 2008 he signed an exclusive recording contract with Sony Classical and released his first album Nuit d’Etoiles, for which he won an Echo Klassik Award (Germany’s classical music awards) for best instrumentalist.