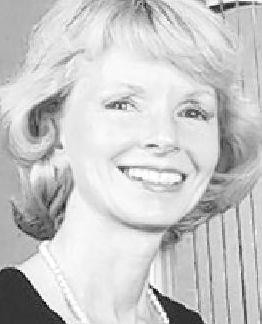 Joan Mainzer Kishkis, principal harpist with the Minnesota Orchestra for 40 years, died on December 15, 2016, at age 88. Born in Rochester, N.Y., Kishkis grew up in Erie, Pa., where she began playing harp around age 9. After summer studies with Carlos Salzedo, she later attended the Curtis Institute of Music as his student. She became  a member of the famed Angelaires quintet, and later played with the Erie Philharmonic and the Houston Symphony, where she met her husband of 12 years, Alfred Kishkis. She also appeared with the St. Paul Chamber Orchestra and The Philadelphia Orchestra, under the baton of Eugene Ormandy. In 1953, Mainzer left Houston to join the Minnesota Orchestra, where she remained as principal harpist until her retirement in 1993.

Read the obituary for Joan Mainzer Kishkis in the Star Tribune. Send memorials to the Minnesota Orchestra, 1111 Nicollet Mall, Minneapolis, MN 55403. A private memorial service is being planned for spring.