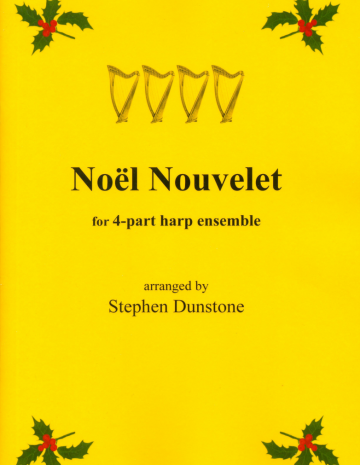 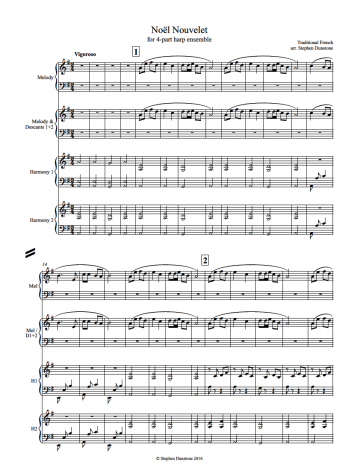 Stephen Dunstone's has arranged the classic French carol “Noel Nouvelet” for four lever or pedal harps. “Definitely one to wow the audience or congregation,” says Dunstone.

This is such a great carol, maybe because it’s a Dorian mode piece (looks like it’s in G major, but its home chord is actually A minor). This allows the juxtaposition of A minor and D major chords, which is both very mediaeval and very cool, and the kind of chord pairing used by some rock groups. It means, too, that you get cadences which are G major to A minor instead of conventional perfect cadences – which is also very folky. I just loved making this arrangement, adding two syncopated descants and an accompaniment of fast semiquavers. Played fast, it does require some dexterity, but it will still work at a slower speed, provided there’s lots of energy in it. Definitely one to wow the audience or congregation.

Be the first to review “Noel Nouvelet” Cancel reply