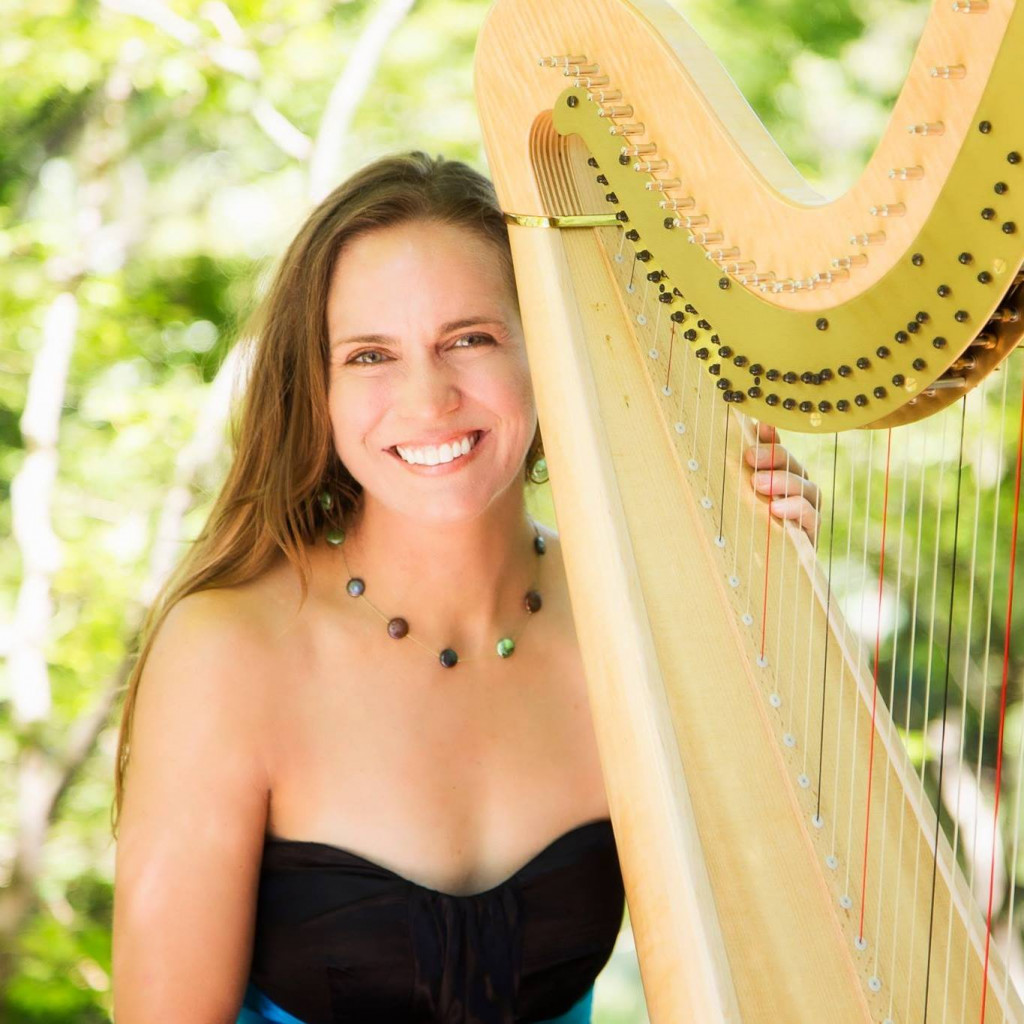 The UNT harp program includes an array of world-class performance facilities and opportunities for harp performance, including: two orchestras, three bands; chamber, choral and jazz opportunities; contemporary and traditional ensembles; courses in harp pedagogy and literature; harp ensemble (UNT HarpBeats); plus experience in professional topics including arranging, recording and networking.  Our program is ranked in the top music programs in the US and worldwide at a state-university tuition.

Type of School
University
Music and Arts Degrees Offered
Bachelor of Music, Bachelor of Arts, Master of Music, Master of Arts, Master of Music Education, Doctor of Musical Arts, PhD, Artist Diploma or Certificate, Performance Diploma or Certificate, Specialist Degree
Harp instructors:
Dr. Jaymee Haefner
Number of harp students enrolled in 2019-2020
15
Lessons available for non-majors?
Yes
Harp minor offered?
Yes
Number of school harps:
10
Space provided for personal harps?
Yes
This program is best suited for students who ________.
want a top-tier world-class education at the price of a state university
What sets this program apart from others is ________.
our size (as one of the largest harp schools in the US), but also our attention to individuals
Students who graduate from this school go on to ________.
professional teaching and performance positions, winning national awards, and recording, publishing
The three words that best describe this school's environment are ________.
supportive, diverse, cutting-edge
More Information

Jaymee Haefner’s performances have been described by Daniel Buckley as possessing “an air of dreamy lyricism… interlocking melody lines with the deftness of a dancer’s footwork.” Jaymee joined the University of North Texas faculty in 2006. An avid supporter of new compositions for harp, Jaymee Haefner has recently commissioned and premiered several new works, including In Arkadia for horn and harp by Gary Schocker (Los Angeles, 2015), Better than One and Snow for harp duet by Gary Schocker (New Orleans, 2015), Et descendit for flute, viola and harp by Sungji Hong (Denton, Texas, 2016), Music for Violin and Harp by Patricio Da Silva (Atlanta, 2016), Flutter by Kirsten Broberg (Hong Kong, 2017), Still/Nervous by Gary Schocker (Hong Kong, 2017), and Canonic Crimson by Paul Patterson (Philadelphia, 2018).  Her duo, Crimson, received a grant from the American Harp Society to commission a new work for violin and harp by acclaimed composer Libby Larsen.  Crimson released its self-titled album in 2015 a second album in 2018, featuring works they have commissioned.  Jaymee’s performances with her Crimson duo and Better than One duo (with harpist Emily Mitchell) have been featured at several American Harp Society (AHS) national conferences (New York City, 2012; New Orleans, 2014; Atlanta, 2016) and the 2017 World Harp Congress in Hong Kong.  She has also performed throughout the Dallas‐Fort Worth area, Philadelphia, Washington DC, Los Angeles, Colorado, in Mexico, the Czech Republic and Russia. Jaymee has performed under the direction of several notable conductors, including Jaap van Zweden (Dallas Symphony Orchestra), Roger Nierenberg (Music Paradigm), David Syrus (Royal Opera), and David Stern (Crested Butte Music Festival).  Her recordings include features with the Bloomington Pops Orchestra, Daniel Narducci, Alfredo Rolando Ortiz, and James Boldin; she has joined several notable musicians on stage, including Johnny Mathis, Ben Folds, and the Canadian Tenors.  Jaymee regularly writes for The Harp Column and has published two books:  The Legend of Henriette Renié and One Stone to the Building: Henriette Renié’s Life Through Her Works for Harp, and recently had her article about Henriette Renié accepted by the New Grove Dictionary of Music.  A respected masterclass teacher, Dr. Haefner recently taught a class at the Royal Welsh College of Music and Drama in Cardiff, Wales and taught classes at Virginia Harp Center, and holds an annual masterclass at UNT.  She presented lectures for the World Harp Congress in Amsterdam (2008) and Sydney (2014) and has led workshops for the American Harp Society in Minnesota (2017), New Orleans (2014), and Utah (2009). Dr. Haefner chaired the 2011 AHS Institute and currently serves as the Treasurer for the WHC, board member of the American Harp Society, Inc. Foundation, and serves on the American Harp Journal editorial board.   Her ensemble (UNT HarpBeats) was featured in the 2018 Lyon & Healy Summer Concert Series in Chicago and were showcased at the World Harp Congress Hong Kong (2017.  Her harp ensemble will be featured at the upcoming World Harp Congress (Wales) in 2020.  She has served on the jury for the Italy Harp Competition, the Lyon & Healy Awards, and will adjudicate 2018 Hong Kong International Harp Competition alongside Skaila Kanga and Isabell Perrin.  When she isn’t on stage, Dr. Haefner enjoys outdoor photography, making wire-wrapped jewelry and trains in karate with her son; she earned her first-degree black belt in 2015.

The UNT Harp Beats ensemble is gaining recognition as one of the most innovative student harp ensembles in the country. Led by Dr. Jaymee Haefner, the ensemble is made up of harp majors who arrange most of the ensemble’s music. The ensemble’s repertoire ranges from J.S Bach to Radiohead and everything in-between, and also includes several original compositions for the ensemble, written by members of the group. Recent appearances include a featured performance at the American Harp Society National Conference in New Orleans, a performance for Anita Perry during the First Lady’s visit to Denton, and a performance for the American Harp Society 9th Summer Institute. The Harp Beats were recently featured on CBS-11, and are completing their first album, which will be available for purchase at the online UNT Music Store. Proceeds support the ensemble’s future projects. Follow the UNT Harp Beats on Facebook and Twitter for upcoming performances.